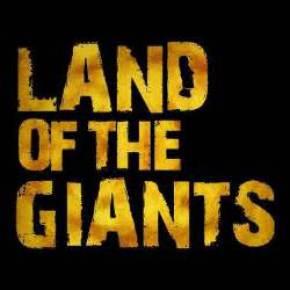 Land of the Giants

Since 2009, Land of the Giants have been pulling crowds to tents to groove until they sweat with their foot-stomping beats and contagious enthusiasm. A brass section that will make you grin from ear to ear, heavy toe-tapping basslines and Andy Quick’s sensuous, soaring vocals will make you wonder why you’ve never danced your ass off to The Giants before.

At the end of 2015, the Plymouth-based boys brought a brand new, funk-inspired EP to the table in the name of “Surrender”. A collection of high-energy summer sounds, with just a lick of calypso, that absolutely demand to be blasted out those boomboxes at full volume.

The last three years have seen The Giants unrelentingly tour the length and breadth of the UK, spreading their fresh and accessible sounds to venues and festivals alike. From packed out stages at Glastonbury, Boomtown and Beautiful Days to rocking venues from Ireland to India; LOTG are well on their way to global domination.

Fresh additions to the lineup have already proven themselves beyond worth, pumping out fat new tunes and reworking previous arrangements to blow even existing fans minds.

The six-piece collective scooped Best Band in the most recent Southwest Music Awards and have been tipped by many as one of the best emerging live bands in the country.

So put your hands up, surrender, and get those dancing shoes on 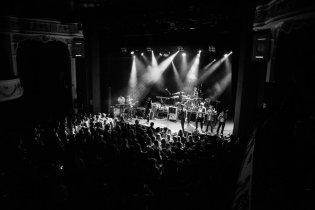 Hailing from London town and fronted by soulful vocalist Benjamin Willis and Grime MC Levi Gordon, Shanty brings Dubwise bass & rhythms with a UK twist. Alongside support from Fred Perry Subculture and Clash Magazine the group’s modern twist on classic roots reggae has also seen them playlisted on Gary Crowley’s BBC Introducing show and championed by legendary tastemaker David Rodigan on BBC Radio 1Xtra.  In the two years since Shanty hit the scene, the band has made appearances all over UK & Europe at some of the most renowned festivals such as Glastonbury, Outlook Festival, Bestival, Secret Garden Party, Rototom Sunsplash,  Kendal Calling and more. As well as touring and sharing the stage with the likes of Sticky Fingers, Kevin Parker & Mark Ronson, The Wailers, Easy Star All Stars, Bastille, and Madness. "I’m hooked!" - Becca D, MTV / Beats 1 "Great young band of players" - David Rodigan, BBC Radio 1Xtra. "ones to watch" - M Magazine, PRS "Band Of The Week" - Fred Perry Subculture "horns a plenty, an abundance of bass and chilled rhythms guaranteed to put a smile on your face...an absolute gem" - Louder Than War 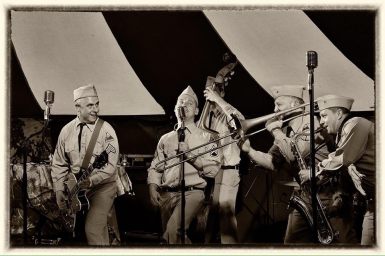 Company B are a "rowdy" 7 piece jump jive band playing music from all the "Louis'" (Jordan and Prima), Bull Moose Jackson, Wynonie Harris and Tiny Bradshaw.   Back by popular demand, they'll get evryone up and dancing!!

The Soul Stroke. A 4 piece Soul.Funk.Jazz dance-band from South-East Cornwall and South Devon.

They play rare funk 45's live; incorporating the best of New Orleans gumbo, L.A sun-drenched groove, New York deep soul, late 60's heavy funk, early 70's psyche-funk and selections from the modern European scene. They have been described as "so not bad that I didn't leave", and remarks of "I could hear myself think". They've been getting rave reviews from their audiences on their continuing tour of the pubs, bars and clubs of the South-West, so enjoy a meze of some of the finest organic dance music to lift your bums onto the dancefloor. And shake. 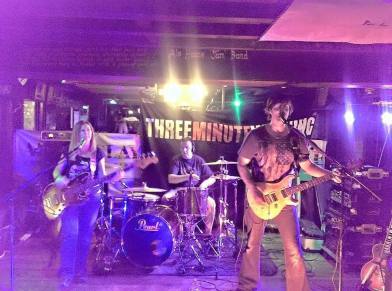 Formed in 2007, 3MW have played all over the South West, totalling well over 500 gigs and have established themselves as one of the best rock bands around(cant really say best can u?).

Playing covers from ACDC,Led Zepplin,Motorhead,Metallica,Guns n Roses in their own unique style and always with a sense of humour 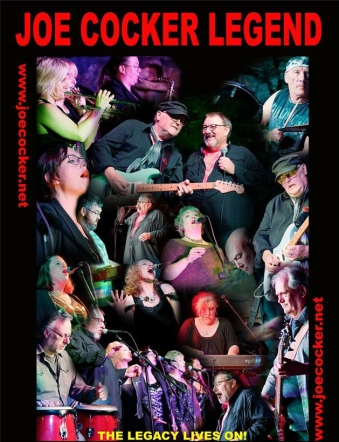 The British Rock Legend lives on in the UK’s, only live, Joe Cocker tribute show, featuring all the chart toppers and classics from the songbook of UK National Treasure, Joe Cocker.

With Joe's death in 2014, this is the only way you can get to hear his songs performed live.

Features brilliant, authentic Joe Cocker vocal styling together, plus signature female vocals and backed by the ever powerful J.C.L. rhythm section and horns; together provide a sound stronger than Sheffield Steel!

'I thoroughly enjoyed the show and recommend you go and see the band perform." 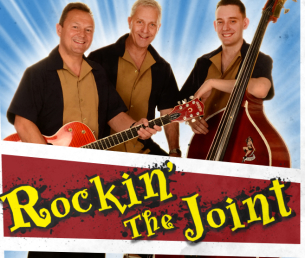 A trio of professional musicians who love to play rock'n'roll. Well established on the UK Jive circuit the band has also played throughout Europe and enjoys a reputation for high quality music delivered with passion. Covering all areas of rockin' music from the 50's including jive beat, doo-wop, strollers, boppers and ballads, with a smattering of original numbers in every set, there is something to keep pretty much everyone happy.

On drums is Alan Eden of Mechanics fame....