What more could you need? 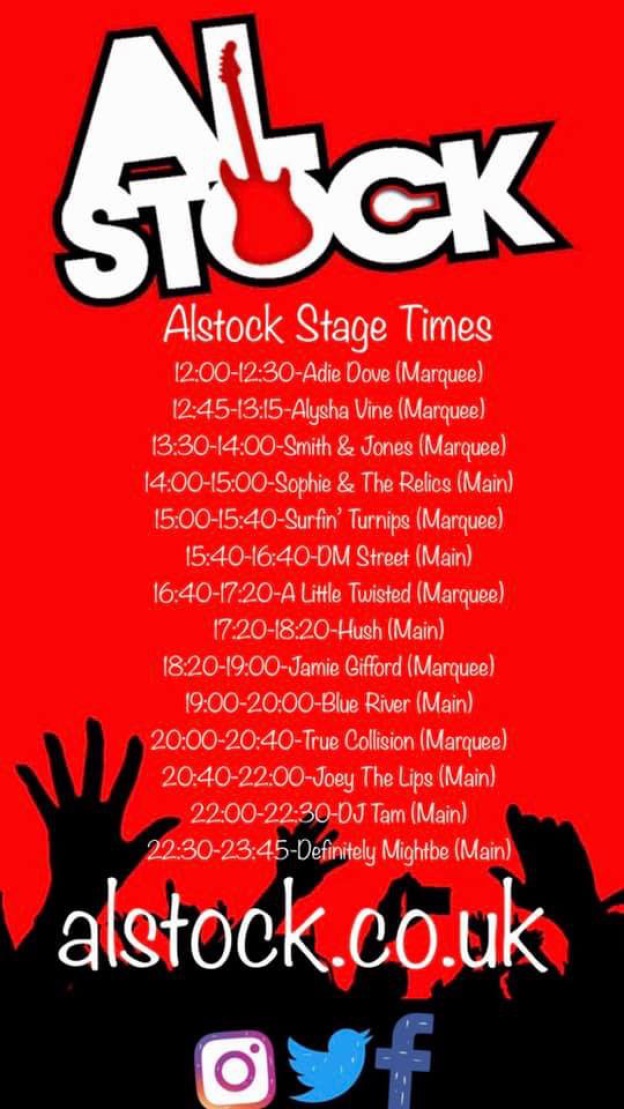 The longest established Oasis tribute in the world with over 2,000 shows under their belt.  So, as good as the real thing? Well the lengendary Alan McGee thought so when he recently introduced the band live on stage!

So they….. DEFINITELY MIGHTBE!

Joey the Lips gigs are a hi-energy show featuring high quality vocals, a driving rhythm section and killer horns. It's now a huge 25 years on the road during which the band has played throughout the UK and Europe across a huge variety of venues. From TV chat shows to headlining to a 10,000 audience at music festivals. From supporting Will Young, Bob Geldof & The Boomtown Rats, Toyah, Heaven 17, The Real Thing & Edwin Starr to performing at the British Formula 1 Grand Prix Silverstone and celebrity weddings, notably Eamonn Holmes & Ruth Langsford.

Imagine, if you will, an insane roller coaster ride through the golden age of classic pop and rock. Your spirit guide is DJ Tamakazi (Glass Shark, The Flaming Infidels) and genre boundaries mean nothing to him; his only goal is to make you dance. No stranger to the sound systems of Boardmasters, Leopallooza and The Dead Famous Liquor Lounge, Tamakazi’s DJ sets are a glorious, eclectic foaming mess. It's like a party in your pants and everyone's invited.

BLUE RIVER are a 4 piece indie-pop rock quartet from Cornwall. Singer and guitarist Perran Nicholls, guitars and vocals Marc Willoughby, bass guitars Matthew Bond, and drums Terry McGowan. Ever since debut release album, ANYDAY TOMORROW, released September 2016, the band have continued to strengthen their songbooks and releases with an iTunes profile that could rival Glasto headliners.
BLUE RIVER play a type of music that draws many influences, from indie brit rock roots to early 60s pop, these passions go on to form a true sound of undeniable pleasing melodies and songs you just need to dance and sing to. Forming in the quiet suburbs of Cornwall yet leading their way to the top of the game. Their attitude and work ethic reflect a mantra that says anything is possible if you just put your mind to it.
BLUE RIVER's unwavering dedication will see them play shows to every listener fathomable, enduring 9 hour coach journeys along the way. With new album, LIFE IMITATING ART, forthcoming, this is a band the merit your time and demand your ears.
Blue River have become a staple of the BBC Introducing scene in Cornwall, having played the Introducing stages at both Boardmasters and the Little Orchard Festival in 2016, and again at Little Orchard Festival 2017, each successive single release almost picks itself for the BBC Introducing shows on Radio Cornwall.
Blue River Bring together solid rhythms, catchy melodies and vocal harmonies to create a sense of pleasing pop perfection, with the right amount of dirtiness to keep you satisfied.

We are a 7 piece high tempo and fun sounding ska & reggae band, consisting of vocals, guitars, bass, drums, keyboards, sax & trumpet. We are reasonably new on the local circuit but our members command a raft of experience in local and national bands.

A diverse 5 piece cover band adding their spin on contemporary and modern classics.